Years ago we embarked on a great adventure, in search of a long lost secret, a hidden treasure, a sacred art buried in the distant past and all but forgotten.

It has been known since the dawn of man that when natural substances such as flowers, bark, wood, roots, seeds and herbs are burned, they emit a rich variety of different and often very beautiful fragrances. Over the course of time a systematic search of nature was carried out and bountiful aromatic treasures were found concealed within the delicate petals of a jasmine blossom, a tiny ambrette seed, a resinous droplet of sap from the spicewood tree and countless others of nature's unsuspected hiding places.

The use of incense was common to many ancient cultures - usually as a part of religious worship or as a luxury of the rich. Often it consisted of little more than the sweetly scented sap of a particular tree which was burned over coals - such as the frankincense and myrrh of Biblical renown.

In ancient India this science of fragrances matured into a sacred art. Many thousands of years ago, Vedic rishis discovered that each fragrance -- like each color and sound -- possesses a particular quality of its own with a power to induce an uplifting state of consciousness. Burning incense became a means to create a peaceful atmosphere, to prevent illness, as a support for happy and harmonious living, and as an aid to meditation and the quest for spiritual enlightenment. The art of the rishis involved the careful combination and delicate blending of many aromatic substances to produce beautiful and uplifting fragrances.

The technique used was known as the "masala" method - meaning mixture. A variety of scented flowers, herbs, leaves, essential oils, resins, and wood powders were blended with water to form a dough. A tree resin with adhesive properties was added as a binding agent. Then the dough was gently rolled onto a thin sliver of bamboo and allowed to dry in the shade.

The real secret to this technique lay in the "spices" which were added to bring out the full-bodied richness of each scent. Orris root was added to impart sweetness. Saffron, cinnamon, clove, nutmeg, sage, sweetbriar and thyme provided an enchanting variety of accents. Ambrette seeds gave a musk-like fragrance, and so on.

Wood powders formed the base and bulk of the dough. For deep rich fragrances like musk and amber, precious sandalwood powder was added. For delicate floral fragrances like jasmine and lotus, charred coconut husk was used, because it burns almost without any scent of its own.

To these powders were added the distilled essence of rose, jasmine, champaca, or lotus blossoms. The resinous extract of various tree gums such as benzoin, labdanum or olibanum were added as natural fixatives to preserve the scent.

Like most ancient traditions, this sacred art gradually faded with the coming of our modern age of science, secularism and materialism. Incense became another product to be manufactured as cheaply as possible and marketed as a commercial commodity, devoid of inner feeling or higher value.

The old masala method of specially blending a different mixture of scented powders for each fragrance was replaced by a far easier and less expensive technique called dipping, in which unscented sawdust or charcoal sticks are dipped into a solution of scented oil diluted with a chemical solvent and synthetic fixative.

Even in India the ancient art has changed into an industry. The old masala formulas were forgotten. Dipping and dilution with solvents became the standard technology. More and lower priced synthetics replaced natural ingredients. Only the practise of handrolling sticks is maintained, but these are unscented sticks used only for dipping.

Our quest was begun to revive a lost art, not just to imitate what was done of old, but to recast it to suit the tastes of our times. After a prolonged search and countless experiments, we have rediscovered the masala method and the secrets of nature's spices.

The Mother's Fragrances is made in the spirit of that ancient tradition by the age-old masala method--no dipping--to produce soft, light and subtle fragrances which emit only a little smoke, making them highly suitable for burning indoors. 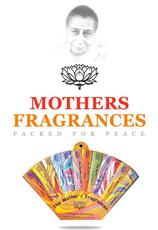 An Ancient Tradition Revived
How our Incense is Made 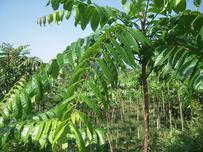